In Canada, gas prices are up 48 per cent from last year 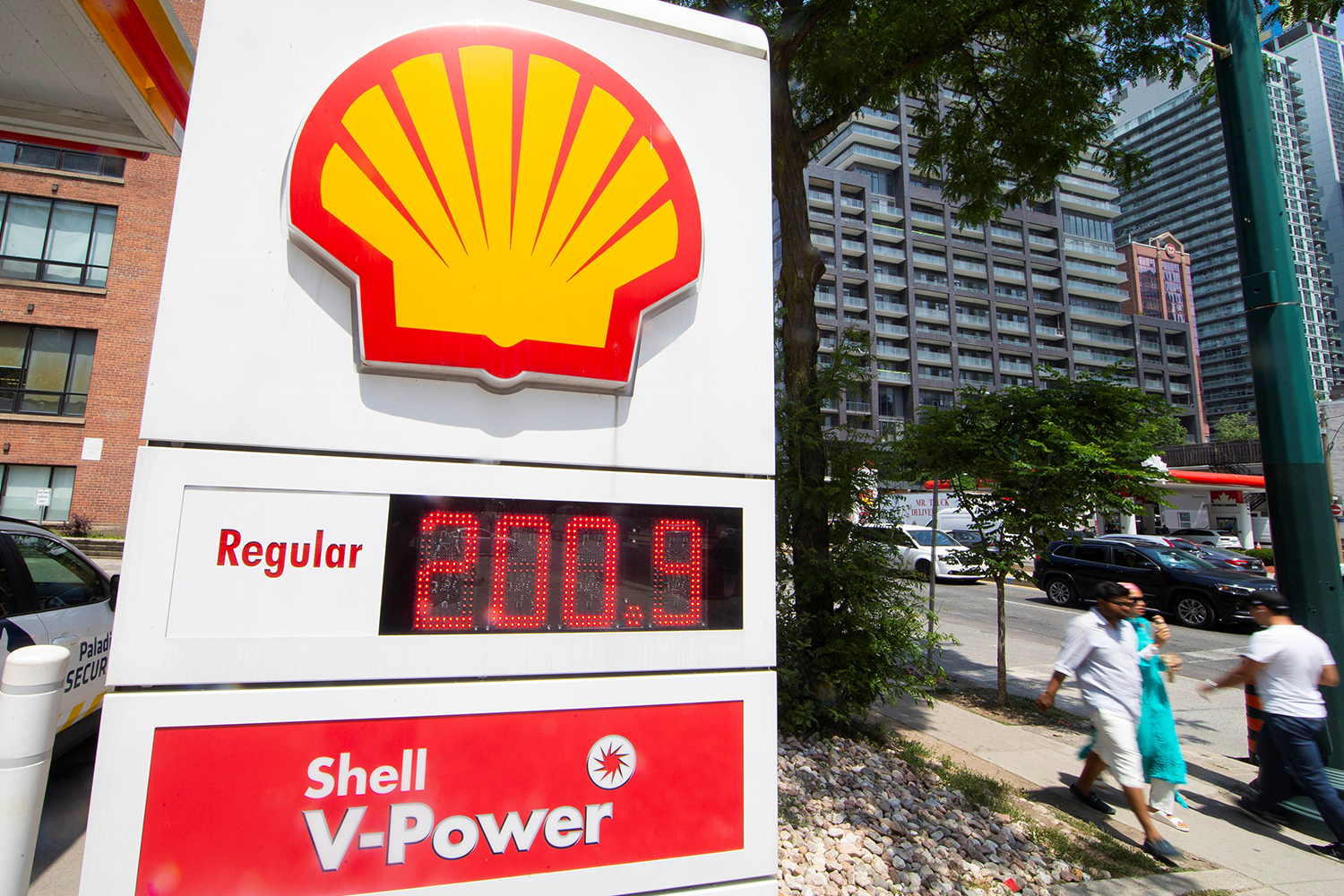 A gas station in Toronto (photo: Getty)
by Srivindhya Kolluru

With U.S. president Joe Biden calling on Congress to pause federal taxes on gas and diesel for three months to help Americans, some Canadians are wondering if a similar initiative may offer a temporary reprieve from high prices north of the border.

As of May, gas prices in Canada are up 48 per cent from last year. Rising fuel prices are a major factor affecting inflation. In May, inflation soared to 7.7 per cent, up from 6.8 per cent in April. Filling up your vehicle can set you back an average of $2 per litre compared to around $1.40 in 2021 and $1 in 2020.

That’s why members of the Conservative Party and a Canadian taxpayers group think a pause on the 10 cent federal fuel excise tax, sales tax and carbon tax charged to all Canadians could help close the hole in our wallets. Conservatives have been saying since May that halting taxes for the summer will help people as they tend to travel more in the warmer months.

The idea behind such a cut, according to Philippe Cyrenne, a professor of economics at the University of Winnipeg, is to pass down immediate savings to drivers. “Most [gas] retailers don’t have much market power,” says Cyrenne. “If the federal fuel tax is reduced, the retail price will come down by the entire amount of the tax reduction, and in turn, save Canadians money.”

The feds say they have no plans to implement a gas tax break and instead are focusing on other ways to financially help Canadians, including Finance Minister Chrystia Freeland’s $8.9 billion plan to improve affordability by boosting funding for benefit programs, including child and dental care plans.

The U.K., Italy and Germany have cut fuel taxes to help people and businesses in response to soaring costs of fuel, triggered by the global economy’s faster-than-expected recovery from the pandemic and Russia’s invasion of Ukraine. So far, officials in Germany say the cut has only temporarily reduced gas prices. Similarly, gas tax breaks in Maryland, Georgia and Connecticut found it only briefly benefited consumers.

Even though Canada has no concrete plans to implement a country-wide gas tax break, some provinces have paused provincial gas taxes. (On top of federal taxes, provinces also set their taxes on fuel, which range from 14.3 cents a litre of gas in Ontario to 19.2 cents in Quebec). To help drivers, Alberta paused collecting 13 cents per litre in fuel taxes in April and will continue to as long as the global benchmark price for oil remains above $90 a barrel. Newfoundland and Labrador also halted provincial taxes from June until the end of 2022, trimming seven cents per litre.

Some experts think a fuel tax holiday, at the federal level, is not the right move because it wouldn’t address the root issue that is driving up gas and diesel prices, which is a mismatch between supply and demand. The demand for fuel, which has bounced back quicker than refineries can manage, and instability caused by Russia’s invasion of Ukraine are fuelling price increases. “Increased demand for energy and a reduction in supplies will always give you higher prices,” says Cyrenne.

Residents of Alberta pay the least for gas out of any other province in the country. But even with the fuel tax break in place, a litre of gas in Alberta cost more in June than it did in April and May. Meanwhile, drivers in Newfoundland and Labrador still pay some of the highest prices for gas in Canada—that’s with the tax break and an adjustment from the Public Utilities Board.

While a gas tax break would offer some much-needed relief for lower-income Canadian households and those who have to drive as part of their job, it isn’t a long-term solution. “When the taxes come back into place, the overall inflation rate would pop right back up, and it wouldn’t have a lasting impact on gas prices,” says Douglas Porter, chief economist at BMO Capital Markets.

In order to address the problem, Cyrenne says that there must be a political will at the federal level to increase oil supplies. Indeed, the federal government is looking for ways to increase oil and natural gas production to stabilize oil prices, Natural Resources Minister Jonathan Wilkinson said on June 21.

Porter adds that a gas tax cut might also have unintended outcomes. “In a roundabout way, a gas tax cut could actually fuel inflation by putting more spending power into consumers’ pockets that they might just spend on other areas,” he says. “It’s also possible that any kind of gas tax could be swallowed up within days by swings in global oil prices.”

Until global oil supplies catch up to demand, you can save a couple of cents at the pump using the following tips: