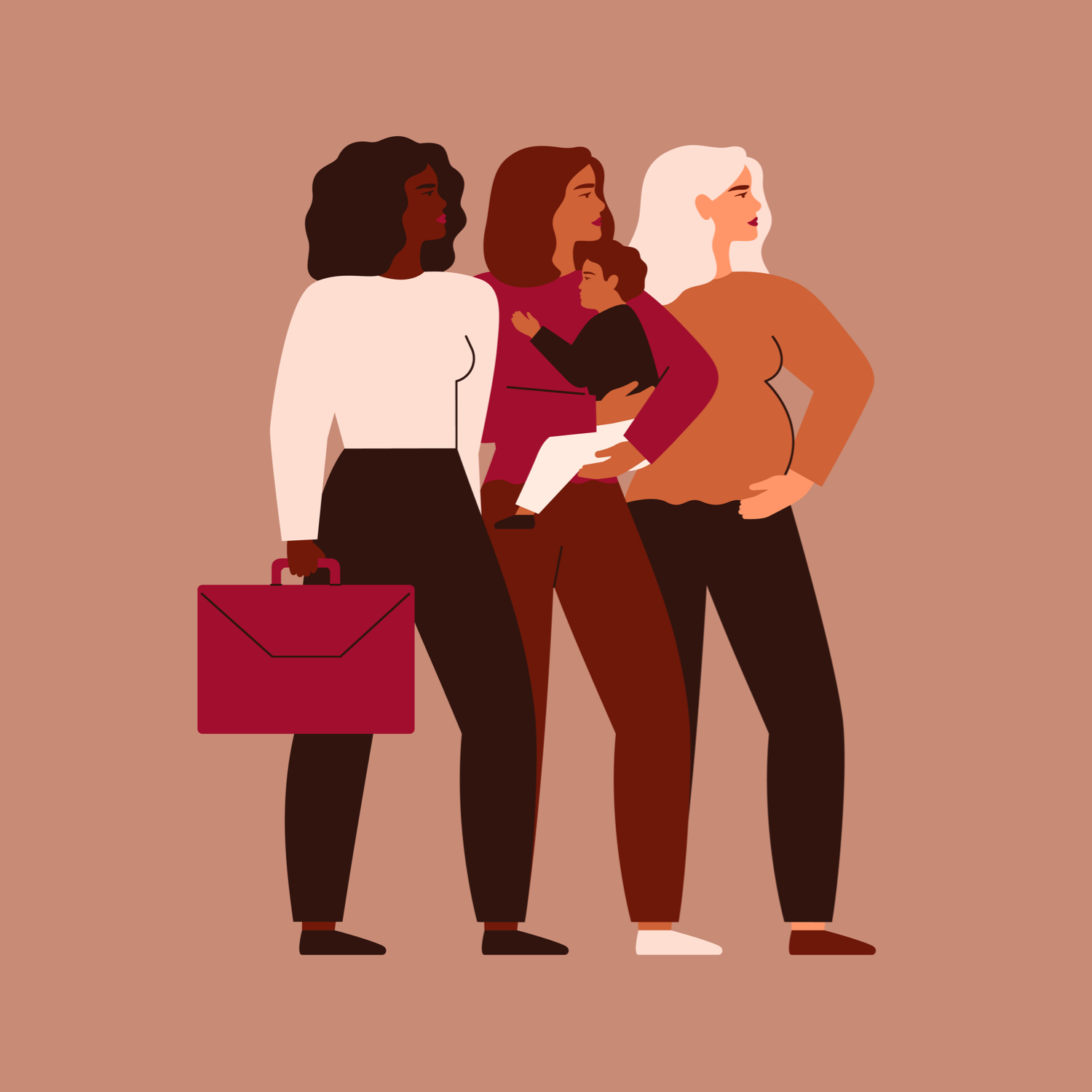 In early 2019, when Angela* learned she was expecting her first child, she and her husband were thrilled. She was excited to start a family, and the timing seemed right: Her career as a project coordinator at an engineering firm in Toronto had been on an upward trajectory and felt secure, especially because she’d recently taken finance courses to expand her role to include budgeting and accounting.

“My boss has four kids of his own, so I thought, ‘Well, his wife has taken four maternity leaves; I’m sure mine won’t be a problem,’” Angela recalls. “But the first thing he said was, ‘I don’t know what happens next, because I’ve never had to deal with this type of thing.’” Almost immediately, she felt as though she had been demoted. Leading up to her mat leave, her boss reduced her workload, put her goals on hold and scaled her duties back. “I had only just announced my pregnancy—I was 14 weeks in—and already he was dialling back all the work I had put in over the last three and a half years.”

Angela left for her maternity leave in late 2019. She knew that her role would be covered by a temp hire during her absence, but expected that when she returned she’d resume her position at the same level of seniority. But after her 12-month leave, Angela learned that the person who’d been hired to cover her job had been brought on as a permanent, full-time employee. In turn, Angela was demoted to a more junior role: Where she had previously been doing everything from executive support to budgeting, she found herself tasked with basic admin and paperwork. When Angela advocated to get her previous responsibilities back, she was told her replacement had it under control and that the new hire had older children, making her “less risky” and more reliable as a senior employee. “It was really demoralizing to essentially get demoted for starting a family,” Angela says. “I wondered if I hadn’t had a child, if I hadn’t taken leave, what would my career trajectory look like now?” She ended up quitting the company after only two months back.

Angela’s experience is not uncommon. According to Statistics Canada, while women are more likely to take leave—between 2012 and 2017, 88 per cent of new mothers took parental leave, compared to 46 per cent of fathers—they are less likely to find success upon returning to the workplace. The Parent Potential, a recent report from Women in Capital Markets, or WCM, that analyzed the experiences of 183 professionals working in Canada’s finance industry, found that women are six times more likely to consider leaving their jobs when returning from parental leave than their male counterparts, and four times more likely to actually quit.

Lara Zink, president and CEO of WCM and one of the authors of the report, says that one of the causes of this disparity is the wide gulf between caregiving responsibility at home: Women spend an average of four hours and 22 minutes per day on unpaid domestic labour, compared to two hours and 15 minutes for men. This unequal burden results in increased difficulty for women who return to the workplace and are then pressured to carry both professional and domestic requirements.

“Covid has exacerbated that trend,” Zink says. “I think it’s fair to say that, when women consider returning from a parental leave, it’s very challenging for them to think about balancing, say, unpredictable client-driven schedules in addition to the unpaid work responsibilities they carry at home. And that’s not just unpaid work as it relates to childcare,” she continues, noting that domestic responsibilities can also include housework, elder care and other duties.

Significant too, she says, is the fact that it’s simply more feasible for women to take parental leave than it is for men. The WCM report found that most participating firms offered much shorter leaves for non-birthing parents, putting the onus on mothers to take more time away from work. Here, Zink notes, the script is somewhat flipped: In order to create a more equitable playing field, men need to be given access to an opportunity that has been traditionally only afforded to women. When men have more opportunities to stay home, women in turn have more opportunities to return to work sooner.

And, as a record number of women exit the workplace during the pandemic due to a spike in domestic demands, increasing equitable access to parental leave could help safeguard against a loss of workplace diversity that, ultimately, hurts companies. As Zink points out, a diverse work environment is more profitable. “It’s also more innovative, because you drive better outcomes with more diverse voices around the table,” she says. To wit, Zink cites a May 2020 McKinsey & Company report indicating that companies with executive teams composed of more than a third of women significantly outperform companies with fewer women in positions of leadership and seniority.

“Women believe that parental leave is going to hurt their career advancement, and a much smaller percentage of men believe it does”

Getting more men to take parental leave could be as simple as implementing policies that give non-birthing parents the same amount of leave-time as birthing parents. Zink suggests that Canadian companies could take a hint from countries like Finland and Norway, where both parents are legally mandated to take time off work after the birth of a child. (Research shows that when men take parental leave it can positively impact their familial relationships as well as their professional development.)

Having more mothers in leadership positions—and implementing policies like flexible work hours to keep them there—may also have a strong trickle-down effect in terms of destigmatizing parental leave. Shortly after quitting her job, Angela was hired as a project manager with a Toronto-based architecture firm. And she’s pregnant again—due in May. The experience navigating her upcoming leave, she says, has been night and day, a fact she attributes in no small part to the fact that her new manager is a woman and has kids herself. “She was understanding of the fact that I was joining the company with a small child at home, and when I told her I was pregnant she said she knew it wouldn’t affect my job performance,” Angela says. “She’s giving me opportunities to explore senior development, and is making plans for when I return from my upcoming leave. She’s been so supportive, and, I think, it’s because she’s also been through it.”

*Angela is a pseudonym