Has LinkedIn Become Too Personal?

From dating stories to teary-eyed selfies, the professional platform is no longer just for networking 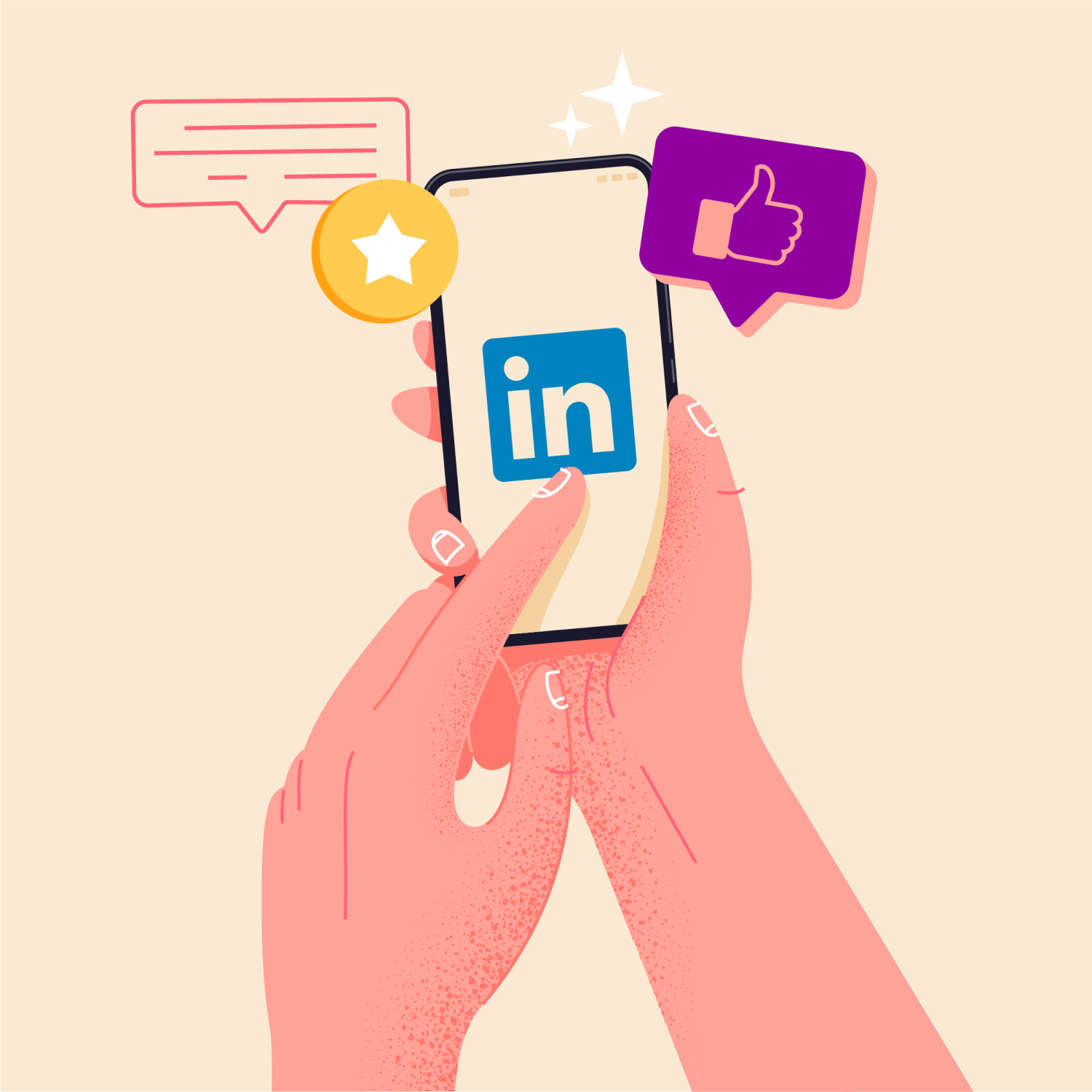 In May, Adam Greenberg, the CEO of Vancouver-based software company MakeShift, hit publish on a LinkedIn post that, if only for a few days, made him a LinkedIn influencer.

Greenberg was inspired to share a story of his 12-year-old daughter Eliana, who, a few days earlier, was having issues with her MacBook and iPhone. She asked her dad to call Apple to get tech support; she didn’t want to call herself as she didn’t think anyone would take her seriously because she’s a kid. Greenberg encouraged her to try anyway, and the two of them rehearsed what she would say on the phone.

Finally, Eliana mustered up the courage to call Apple’s helpline and was on the phone for nearly two hours. She was frustrated by the end, but had made a follow-up appointment to get her devices fixed—all by herself.

“The big lesson we shared after was about being self confident [and] not worrying about what others might or might not think,” Greenberg wrote in his post, accompanied by a photo of his daughter on the phone with Apple. “Don’t make excuses why you can’t do something without first trying. Don’t procrastinate. If something needs to be done just do it and do it RFN. I’m so proud of this kid.”

In sharing his daughter’s experience overcoming her insecurities, Greenberg hoped that it would inspire his LinkedIn connections to step out of their comfort zone, too. Little did he know the post would resonate with far more than his own network. The post went viral, earning about five million views, almost 56,000 reactions and thousands of shares in a matter of days.

LinkedIn is a place to showcase your resume, network and find job opportunities. But in recent years, it has morphed into a Facebook-esque platform where users share personal posts on everything from details of their divorce, baby announcements, thoughts on their favourite sports team and political events, often with the goal of increasing engagement or going viral. One CEO in particular recently made headlines for posting a tear-filled selfie in an attempt to show his human side after laying off staff—a move that was mocked and produced the nickname the “crying CEO.”

The shift from professional to personal content has inspired people to create spaces to collect the most cringe-worthy posts, like the r/LinkedInLunatics page on Reddit and the Crap on LinkedIn Twitter account. The Viral Post Generator—a tool that prompts you to fill in what you did today, your inspirational advice and a bar to toggle the post’s cringe level—pokes fun at how LinkedIn users can gain thousands of likes by writing long-winded “teachable lessons” from an inconsequential experience, like going to the coffee shop.

At the same time, the proliferation of personal posts on the platform is part of a growing trend experts say can improve your professional visibility and credibility—if you go about it the right way.

How personal should you be on LinkedIn?

Sharing your personal life on any social media platform puts you in a vulnerable position, but posting to LinkedIn as if it were Facebook can affect your professional reputation. On Facebook, friends that find your posts embarrassing or disagree with your shared views might scroll right past them or gossip about you in the confines of a group chat. On LinkedIn, however, a public post that comes across as cringey—or worse, offensive—can hurt your job prospects.

Toronto-based Leslie Hughes, the CEO of PUNCH!media and a LinkedIn optimization specialist, says you need to be mindful of what you share since your workplace is tied to your account; you don’t want your employer to be concerned that you’re speaking on behalf of them. This is especially true if you’re posting about religion or politics. “Even during non-working hours, you are always a brand representative for your company,” she says.

While there’s inherent risk when commenting on topics that can be controversial, that doesn’t mean you need to stay clear of them entirely. “I don’t think that it’s fair to tell somebody, ‘Stay away from controversial topics,’ but you have to be smart about it,” says Cher Jones, a senior strategic communications advisor at Toronto-based Socially Active Training, as issues around race and religion, for instance, percolate into the workplace, too.

To join a timely conversation that is important to you personally, you might opt to share your opinion on an issue with reliable published data or a news article, says Jones. This approach lets you share a point of view with “a service-based mindset” meaning you should think about how to help someone better understand a situation they might not have knowledge of. An example could be a post shared during Women’s History Month about the challenges women face in the workplace and the need to support diverse teams, supported by a compelling article on the topic or news piece.

I don’t think that it’s fair to tell somebody, ‘Stay away from controversial topics’

Jones says no matter your opinion, you have to be willing to accept that some people on LinkedIn won’t agree with you.  And, you should avoid fighting in the comments section of a post—an increasingly common occurrence on the platform.

When it comes to sharing personal stories or major life events, like the death of a loved one or the breakdown of a marriage, think about the potential outcome, how it relates to your professional identity and if it’s relevant to your professional network. Hughes encourages people to think: How can you spin your story into a business-themed post? What are the lessons your business or professional community can learn from this?

A successful example can be seen when Michele Romanow, the co-founder of Clearco, shared what it was like to start a company with a partner and then break up. Her takeaway was that it’s a myth that you can’t successfully run a company with a former partner, and that the end of a romantic relationship doesn’t necessarily mean the end of a professional one. Her post was celebrated by her followers and people thanked her for her honesty.

When done right, Jones says personal posts can bring you more visibility and might make you considered for new opportunities. Jones, who helps business leaders develop their personal brands, thinks that LinkedIn is where people should make their online persona clear as it can make you memorable and set you apart from your peers.

LinkedIn is one of the highest-ranked sites when people Google your name, so being active on the platform is important. Even if you’re posting about your kids or your weekend plans, Jones says you should think about how you can connect the dots between what you share and who you are as a leader: What message do you want to convey about your work style or leadership qualities?

If you’re still figuring out how much you want to share on LinkedIn, or what to share, Hughes says a good place to start is re-sharing posts from your company’s page. You can add your own commentary or perspective to it, too, which will help boost engagement.

Authenticity is also key, and something that LinkedIn’s algorithm favours. While personal posts increase engagement, LinkedIn has taken aim at click-bait. The platform penalizes posts that are double spaced, which are meant to make you click the post to expand it, and also penalizes posts that ask people to engage through likes or reactions. “It’s not just about posting random nonsense that can be visible. Is it interesting? Do people care?” Hughes says.

Most of Greenberg’s posts have tens or hundreds of likes, not thousands—the viral post about his daughter is an anomaly, which may have been rewarded by the LinkedIn algorithm for authenticity. Plus, he says he doesn’t post for the likes. “It’s really about showing people how I want to engage in the world around me and improve the lives of my family, employees, customers and community,” Greenberg says. For her part, Eliana thought her dad’s viral post wasn’t that impressive. “She said, ‘Dad, there are people on TikTok who have millions of views.’”