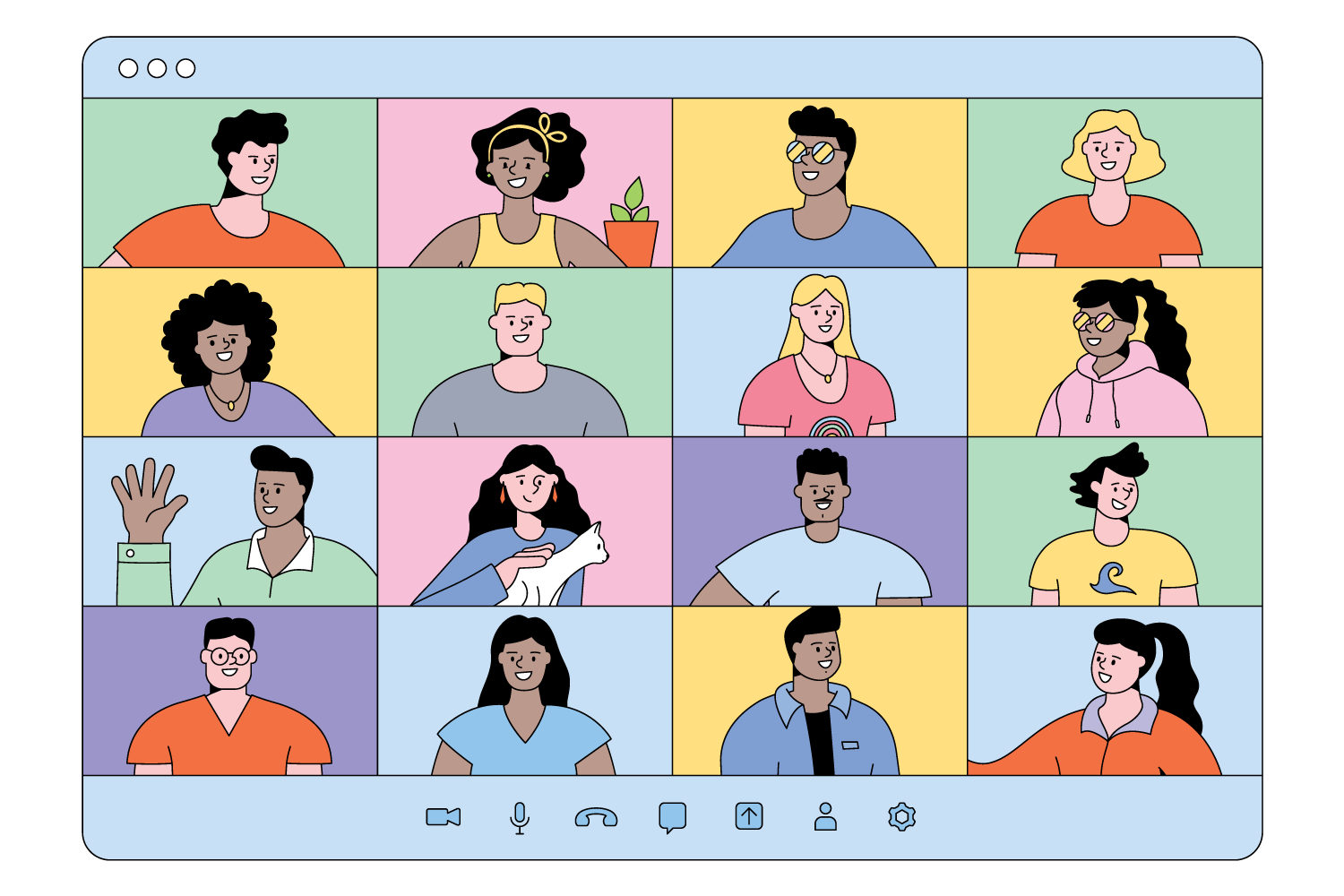 Signing onto a video call with a Brady Bunch-style gallery of your colleagues might not feel as creatively invigorating as gathering around a boardroom to solve a problem or hash out your team’s next big idea. But with many companies planning for a remote or hybrid model for the foreseeable future, online brainstorming is now the norm.

It can feel a little awkward at first—but there are ways to transfer the best of in-person collaboration to the virtual realm and tools to improve how you and your colleagues brainstorm. And, it turns out, there actually are some advantages to connecting through computer screens. Here, two experts explain how to harness the best of both worlds for online brainstorming.

As the founder of Creativity at Work—an organizational creativity, innovation and leadership consultancy—Linda Naiman has been facilitating online brainstorming workshops with companies in Asia, the Middle East, Ireland, the United States and more over the past year—all without leaving her desk in Vancouver.

She explains that the most critical step is before you even get into the meeting. Naiman says it’s important to set the team up for success by giving people advanced notice and sharing the meeting’s objectives. This includes any background information participants need and what contributions they’ll be expected to offer—such as suggestions for new product features or ideas to solve a key challenge. Doing so gives everyone the opportunity to get in the right mindset.

In the meeting, Naiman recommends opening with an ice-breaker to get the conversation flowing and help everyone feel comfortable on camera. She says improv exercises tend to work well on Zoom, as well as get-to-know-you questions.

She points out that working remotely can come with myriad distractions, from email notifications to kids or partners in the background, so it’s particularly important to be clear about what you want to achieve in the meeting, and to reiterate it if teammates separate into smaller rooms. It’s also good practice for participants to set their Slack status to busy, put their phones away and close their email app.

Michael Halinski, an assistant professor of organizational behaviour at Ryerson University, says the virtual environment can, in some ways, actually be more conducive to brainstorming and being creative than gathering together in an office, as it makes it easier to bring a more diverse group together at the same time.

As well, in-person brainstorming sessions tend to reward the loudest speakers and most confident employees, and disadvantage staff who are quieter, or want to write down or mull over their ideas before sharing them. Video calls, on the other hand, can level the playing field.

“Each voice is heard on its own,” he says, adding that the chat function can encourage shy or quiet employees to offer their ideas, and anonymous polls can garner helpful feedback from all members of the team.

Brainstorming tends to work best in smaller groups, Naiman adds, which can be easily facilitated by the breakout room function on video platforms.

Naiman says she’s a big advocate for virtual canvas programs, such as Mural, Miro or Google Jamboard, which bring the white board to the virtual space. The programs allow everyone to visualize the problem they’re trying to solve and to add their own notes or doodles to the board.

Hybrid meetings are tricky, Naiman says, and the setup is particularly important. She recommends setting up computer monitors so virtual participants look life-like in the room, and using high-quality microphones. She says the meeting leader should also emphasize participation from both in-person and virtual employees.

Some companies have started introducing what Halinski calls “one Zoom all Zoom” policies for meetings, where everyone involved must join the call from a personal computer—even if multiple employees are in the office. The policy is intended to ensure remote workers can still contribute and won’t be drowned out by an in-person boardroom conversation.

Beyond technology, Naiman says the key to success is to establish a culture of openness toward ideas, and to “look for brilliance in each other.” She suggests the meeting leader encourage participants to respond to suggestions with what she calls idea-boosting comments, such as, “Tell me more about that,” or “Yes, and what if…?” and avoid idea busters like “It’ll never work” or “That’s not in our budget.”

“People have a fear that their idea is stupid,” she says.

“Quite often the boss will ask for an idea, and when someone offers it the first thing they do is attack it. … What we want in the meeting is a ‘yes, and’ atmosphere.”