Research shows that not only did workplace harassment persist—and in some cases, increase—during the pandemic, it’s taken on new forms 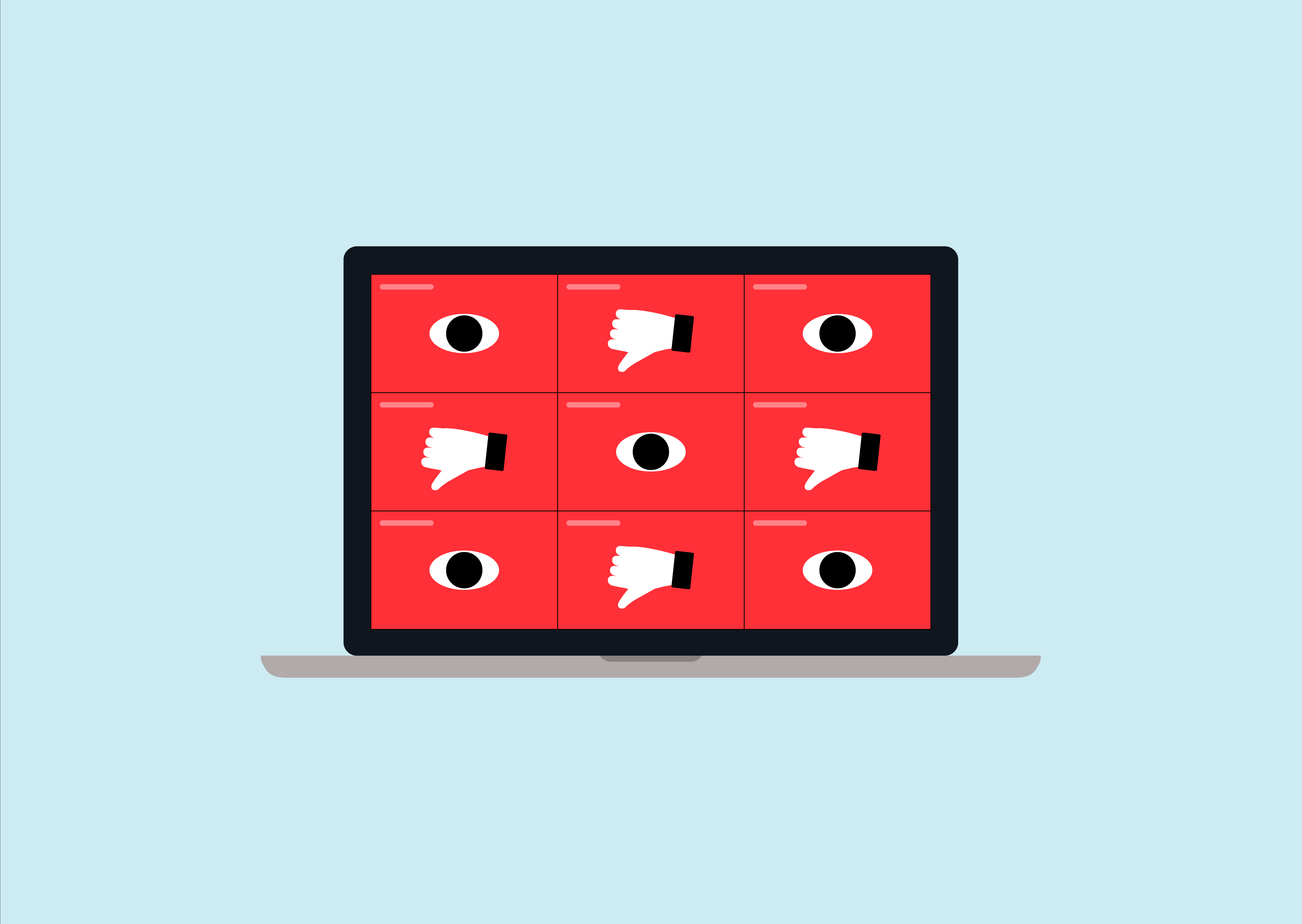 When many workers transitioned to remote environments during the pandemic, there were parts of office life they were happy to leave behind: long commutes, stuffy suits and awkward elevator small-talk. Unfortunately, some of the more toxic aspects from in-office life have persisted—albeit in different ways—even with employees working from home. Recent research shows that not only did workplace harassment persist—and in some cases, increase—during the pandemic, it’s proven to be a protean problem that’s taken on insidious new forms in digital and hybrid work environments.

“You have this extra layer of complexity when you’re working virtually,” says Lieran Docherty, director of programs at the Woman Abuse Council of Toronto (WomanACT), whose organization recently conducted research on workplace harassment. “Harassment is showing up via email or Zoom.” This is creating new challenges for employees seeking to report harassment and, likewise, for employers to detect, assess and address it.

The pandemic’s effect on workplace harassment

Virtual harassment can come in many forms, as Docherty points out, and some are easier to spot than others. Some examples include inappropriate or lewd text messages or emails, video calls where someone makes a derogatory remark about a person’s gender or ethnicity, or making fun of someone’s home in the background of a video call.

And recent data shows just how big of a problem virtual workplace harassment is. A U.S.-based report by nonprofit The Purple Campaign found that one in four people have experienced an increase in gender-based harassment during the pandemic. Nearly all workers who experienced this uptick were women or non-binary people (98 per cent), as well as racialized workers (94 per cent). Another survey by U.S. nonprofit Project Include found that more than 25 per cent of workers in the tech industry noted an increase in gender-based harassment since the start of Covid, citing a range of inappropriate behaviours including bullying during video calls, berating over email and racist and sexist link-sharing in chats.

“If you walk away from an interaction with the hairs on the back of your neck standing up, then chances are it isn’t right”

Here in Canada, a 2021 survey from WomanACT found that four in 10 Canadians experienced some form of harassment in the workplace—a statistic significantly higher for women (50 per cent) than men (33 per cent). Virtual interactions tend to embolden people to say things they otherwise wouldn’t, and experts speculate that the perceived distance of a virtual environment coupled with an increase in private one-to-one communication—like phone, email or video chats—might be contributing factors.

Subtle forms of psychological harassment, like gaslighting, are another increasingly insidious problem during the pandemic, according to Valerie Cade, a motivational speaker and author of Bully Free at Work. Cade has run anti-bullying seminars for 20 years for clients like TD Bank, Barrick Energy and IBM. “There’s legally protected status harassment—that is, harassment on the basis of something like gender or religion. That tends to be easier to identify, because it’s more obvious and easier to call out,” Cade says. “Then there’s psychological harassment, which is messier and harder to prove.”

Exclusion—purposefully leaving people out of information loops that can affect their job performance—is one such tactic. “One prevalent instance is using blind carbon copy (BCC) on an important email and deliberately leaving one person out. Now that person is under-informed, while others may assume all the relevant parties received it,” Cade explains. While this is also an experience people had during in-person work, Cade says she’s seeing it happen much more frequently with her clients during the pandemic. One solution to remedy this is managers mandating that everyone use regular carbon copy (CC) instead. It’s a simple fix, but Cade says it can make a big difference.

What’s also worrisome is that workers don’t feel equipped to report harassment. The WomanACT survey found that fear of stigma, backlash or inaction from the workplace are the top reasons an employee may hesitate to tell a higher-up that they’ve experienced harmful behaviour. What’s more, Docherty says that people may not report harassment because they don’t know how to report it, or who to report it to, or feel more comfortable speaking about an incident in-person—something that may not be possible during Covid. “You may have to report to an HR person in a head office, and if you’re a new employee or on a precarious contract, that might be a huge barrier,” Docherty says.

On one hand, virtual harassment can often be documented, which can aid the process of reporting and assessing an incident. Doherty says there’s often a record of harassment when it occurs virtually, like emails, recordings of video calls or transcripts of chat conversations. But on the other hand, the novelty of certain types of virtual harassment can make it more difficult to identify. For instance, it’s not always easy to tell whether a certain chat conversation or the use of an offensive meme or GIF qualifies as a form of harassment per a workplace’s policy. “When it’s more challenging to identify, it’s because it’s new and looks different than what people may assume harassment looks like,” Docherty says. “Handling it remotely requires using virtual tools like Zoom and email to communicate about sensitive topics, which is also new for many people.”

Employers can help rectify virtual harassment by instituting a proactive safety culture at work. In other words, don’t wait for an inciting incident to talk about harassment—and don’t leave your employees scrambling to figure out how, and to whom, they should report it.

Since every company is different, precise reporting procedures will vary, but the key is to have the relevant policies out in the open. This means clear, widely accessible guidelines and resources related to reporting harassment and violence should be made known to everyone. Workplaces may also need to introduce new policies, or modify their existing ones, to address proper etiquette in video calls and Slack messages.

“Employ consistent, proactive communication about it, and have leaders speak to their commitment to preventing and responding to it via newsletters and team meetings,” Docherty says. She adds that employers can take the initiative to discuss harassment-related policies in recruitment and onboarding processes, too.

“You may have to report to an HR person in a head office, and if you’re a new employee or on a precarious contract, that might be a huge barrier”

This is important as WomanACT’s recent survey found that six in 10 employees would feel more comfortable intervening in incidents of violence or harassment if they had adequate workplace training to do so. “Bring in experts to do training on bystander intervention,” Docherty says. “Evidence shows that colleagues are more likely to know if abuse is happening, whether at work or in the home [if they have training].” Finally, Docherty suggests that companies do regular audits on their safety culture. This can be in the form of an anonymous survey that helps assess company culture. “Ask if people would feel safe coming forward about harassment and, if not, why?” she says.

Cade also recommends that employees who experience harassment take care to document everything they can—keep your records in order and have your ducks in a row, in other words. Take screenshots, download emails and any relevant video or audio recordings, and store them in a secure private folder, ideally off your work computer. And, employees should build bridges with one another—especially in digital workplaces where one might be new to the team—so people feel safe asking for support. Cade explains that when you build goodwill with someone you trust at work, they can help you should you face a tough situation.

Even as workplace harassment transforms into a modern, tech-enabled phenomenon, Docherty suggests that an age-old adage—trust yourself—is still the best way to suss out what’s going on. “We always tell employees, including bystanders, to trust their gut,” Docherty says. “If you walk away from an interaction with the hairs on the back of your neck standing up, then chances are it isn’t right.”