“We Have Big Ambitions”: How Willful’s Erin Bury Is Building an Industry for End-of-Life Planning

The CEO of Willful just secured funding from her pitch on Dragons' Den. Here, she tells CB how she made it happen. 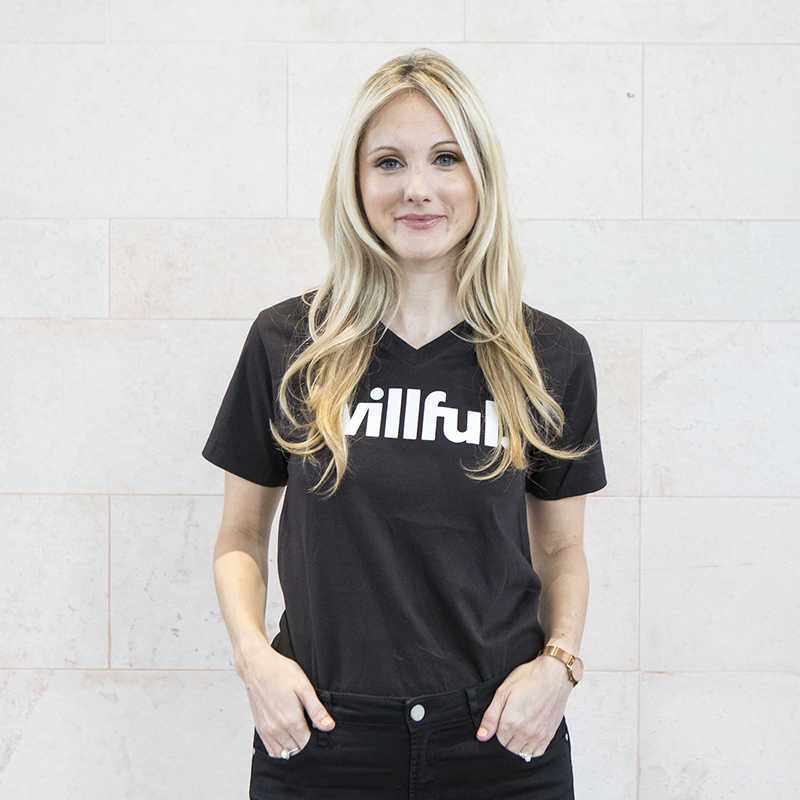 Erin Bury and her husband, Kevin Oulds, launched Willful in 2017, a digital estate planning start-up, after a family member unexpectedly died without a will. Now, their plan is to become the go-to resource for all end-of-life planning in Canada.

I worked at my first start-up in 2008, but I’m not a born entrepreneur; I don’t have a ton of ideas. Kevin, my husband, has always been the opposite—he’s the ideas guy. He would constantly be pitching me and I would say, ‘Oh, that won’t work.’ But his uncle passed away unexpectedly in 2015, and he hadn’t prepared a lot of the end-of-life wishes that would have been helpful to the family. So they were sitting around discussing if Uncle Dave wanted to be buried or cremated, and wondering where the important papers were stored. Kevin said, ‘There’s got to be an easier way to compile this information so that families don’t have to sit around going through what we’re going through.’

When he looked into the will and estate planning space, he found that it’s pretty antiquated: It was really dominated by lawyers, in-person appointments and paperwork. We were using Wealthsimple, Airbnb and all of these digital tools to do everything else in our lives, and we just didn’t see anything comparable in the end-of-life space. That was the genesis—and this time I knew the idea would take off. You don’t really learn about estate planning in school, and it’s not something you typically talk about at the dinner table, but what happens if you die without a will? Unless you’ve experienced it personally, like we did, it doesn’t tend to be top of mind. So we started digitizing the will process.

Kevin quit his job at a cement plant to work on the idea full-time. He raised about $100,000 from friends and family, hired a software developer to build out the platform, and found estate lawyers to partner with to build out the legal content. At the time, I was running a marketing agency that worked with tech start-ups, so I invested and came on board as an advisor. After working on the development of the product for about six months, the company launched to the public in October 2017. I joined the company full-time in April 2019, and right away we hired our first full-time employee, our chief technology officer, who is still with the company today.

Our biggest focus over the past four years of building Willful has been education: Half of my job is educating people about wills through speaking engagements, media interviews and content on our platforms, like videos on our YouTube channel. The other half is, once people decide that they want a will, then making Willful the obvious choice. We really want people to know that you don’t have to be old, rich and on the verge of death to need a will. It’s really one of those things, like life insurance, that you put in place as soon as you have people that rely on you. The earlier you have it in place, the better off your family is if the unexpected happens. And I think COVID proved that the unexpected can happen anytime.

“You don’t have to be old, rich and on the verge of death to need a will”

As entrepreneurs, Kevin and I watched Dragons’ Den. Applying for the show was something that was always in the back of our minds, but you don’t want to go on until you actually have the metrics and the success to back up your business valuation. This year felt like the right time because we had expanded into eight provinces and formed partnerships with brands like Allstate Insurance. We were also actively looking to raise funding, so it was kind of the perfect storm. We made a deal with Michele Romanow, who makes the most sense for us since she is a digitally focused ‘Dragon.’ While we didn’t end up doing the deal that we made on TV, we ended up raising a $750,000 convertible debt round. A lot of deals from the show don’t go through, so we’re very happy to say that we did a deal on the Den and Michele is now an investor. We’re super happy to have her along for the ride.

I think the biggest opportunity for us is wills becoming fully digital [documents]. On December 1, 2021, B.C. became the first province in Canada to allow for the electronic signing of wills and online storage of wills. In every other province, you still have to print a will, sign it on paper and store a physical copy. We just launched a partnership with DocuSign and a pilot program for digital wills in B.C. We’re hopeful that other provinces, like Ontario, will follow suit. We really want to be the leader when it comes to fully digital wills in Canada, but not just wills—other digital end-of-life planning products, like asset lists and funeral planning. We have big ambitions for becoming the first consumer brand that’s synonymous with end-of-life planning in Canada. Wills, to us, are really just the start.