‘I Don’t Take Anything for Granted’: Queer Eye’s Jonathan Van Ness on How He Made It

The TV star, author and podcaster recently launched his own hair-care line, fulfilling a lifelong dream 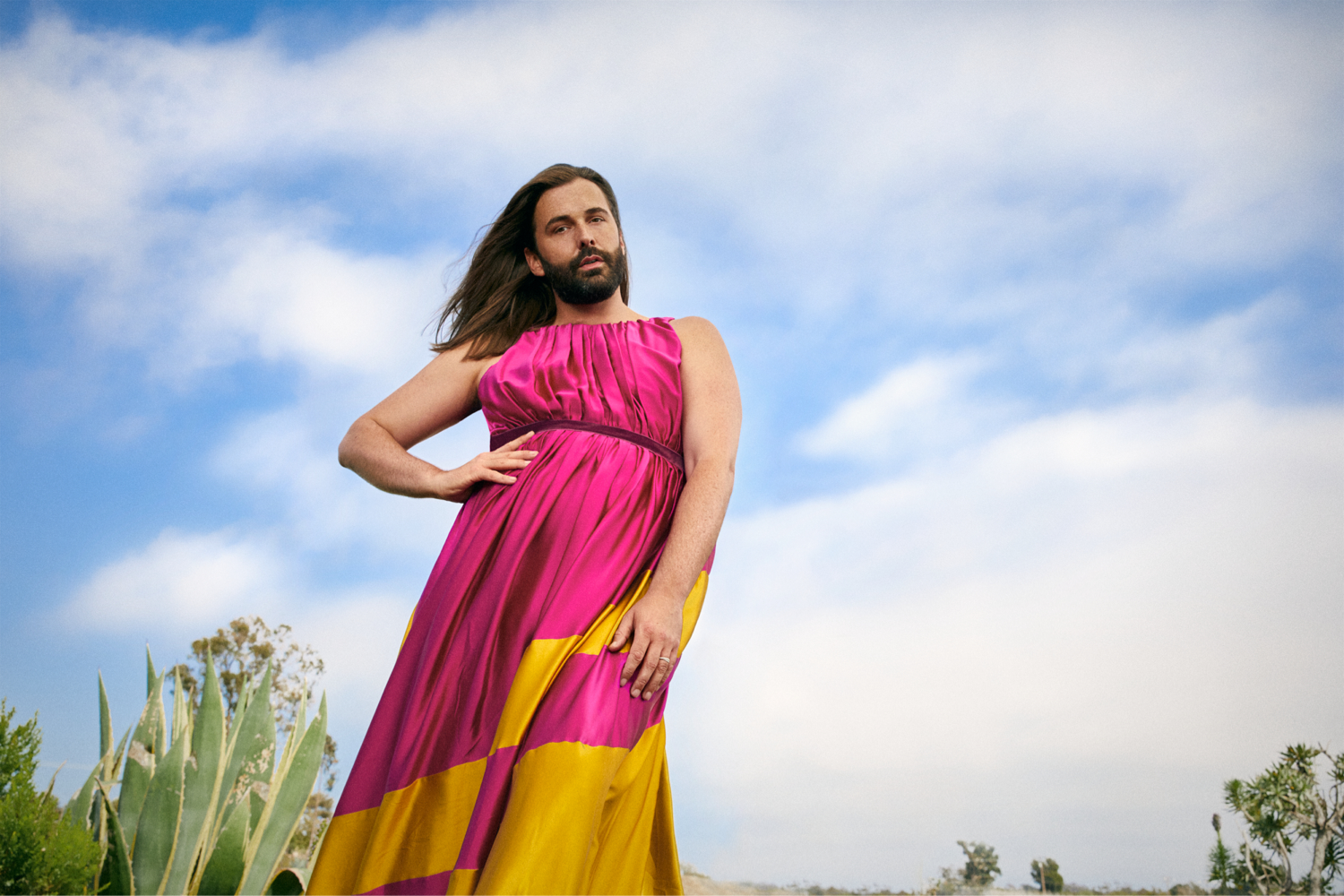 If you can imagine me with short, curly hair and a wide gap between my front teeth, but otherwise exactly like I am now, that’s pretty much how I was as a kid. Even back then I had extreme obsessions, whether it was collecting rocks and stamps, or doing figure skating and gymnastics, or hair styling. Some of those passions have stuck more than others. But I always loved going to the salon, whether it was to get my hair cut or tag along with my mom when she went. I loved the vibe and the creativity of that type of environment.

I didn’t quite know what I wanted to be when I grew up, and as a tween I really thought I would just get discovered in a mall. Like how Britney or Christina did—you know, in the ’90s you could get discovered in a mall, obviously! So I always made sure when I was going out to my local mall to look really cute—even though I was in Quincy, IL, a town of, like, 40,000 people. I was sure I’d get discovered as a model or singer—who couldn’t actually sing.

That never happened. When I started college, I thought I wanted to be a lawyer. I went to the University of Arizona and majored in political science. But I had to drop out after my first semester because, well, I got really bad grades. I even got kicked off the cheer team because I was more concerned with partying. But also, ultimately, I really wanted to do hair. My family had pushed me to get a degree first, and I think they were hoping that I would do law school and realize I didn’t want to be a hairdresser. But that drive to be in the salon never went away.

So after I dropped out of college—at around age 19—I went to beauty school, and then I went to hair school, both in Minneapolis, which is where Aveda was founded. I learned so much about hair-care ingredients and formulas from being educated at the Aveda Institute. We had amazing instructors who had been with the company since the early days. There was this woman named Vera in her 80s who taught me how to finger wave. She was so cool.

I loved hair school, but it was challenging. I’m not a quick learner, so there were a lot of frustrating moments. For someone who has as many hobbies as I have, I still find it hard to push myself to get past the awkward learning stages. Hair school really was a leap of faith, but I followed my gut and I’m glad that I listened to it.

After finishing at the Institute, I went to do hair in Arizona for three years, and then I assisted in California for a long time. One day, while I was working in L.A.—this was around 2013—I was doing my friend Erin Gibson’s hair and telling her about the latest episode of Game of Thrones. She thought it was hilarious, and we came up with the idea for a parody series called Gay of Thrones for Funny or Die, the website she worked for. It ended up becoming pretty popular and I started to get a social media following. I was posting probably like 85 per cent hair content, and some Gay of Thrones stuff, some comedy and some yoga. All of a sudden I had like 30,000 followers on Instagram.

I was working at a salon in New York when I found out about the Queer Eye reboot. I was like, ‘Oh, I feel like this is my life’s calling.’ I loved the original Queer Eye for the Straight Guy series, and I thought it was really cool how they were going to modernize it and go to different states in the South and challenge conventional ideas. So I went to the audition and made it through several rounds of meetings and Skype calls. I remember that once I made it to the top 50 thinking, ‘Okay, there’s like a one in 10 chance you’re going to get it.’ I didn’t want to get my hopes up, but I knew that it could change my life—I just didn’t know how.

I was at the salon when I got the callback. I was doing my client’s hair, and I wasn’t supposed to tell anyone about the show as I had signed an NDA. But everyone at the salon knew that I had tried out. So I put the call on speakerphone. When they said I got the job, we all stood up and started  jumping around, holding hands, but trying not to make noise so that they wouldn’t know other people were there. Then I got off the phone and put my head between my knees and started crying.

The response to the show has been incredible. And the platform it’s given me has helped me pursue so many other passions, including writing my memoir, Over the Top, in 2019. This year, I launched JVN Hair, which is beyond my wildest dreams. I wanted to create a hair-care line that wasn’t so segregated, like for this type of hair and for that type of hair. Because one thing I learned in my education early on is that hair is hair, even though it can look really different, it just needs more moisture and strength, or more body and volume. I thought that by creating a universally efficacious line that tailored to hair concern versus hair type, I could cut through some of the noise in the hair-care sector.

But despite everything I’ve been able to achieve, I still never feel like I’ve ‘made it.’ Even when I got the Queer Eye role, I worried no one would watch or we wouldn’t get renewed. I always have this uncertainty and anxiety—that’s why I’m in therapy! My therapist says, “Girl, you’re an HIV-positive, non-binary recovered drug addict. Maybe the shoe has dropped and you can just enjoy where you are now.” But I think that’s why I work so hard, because I don’t take anything for granted. TV and beauty, they’re really huge industries. I am so lucky to be a part of it and do what I do. And I hope that I get to do it forever.

As told to Charlotte Herrold