Dax Dasilva started software company Lightspeed in 2005 out of a Montreal triplex and grew it into a business valued at billions of dollars. After stepping down as CEO earlier this year, he’s been doubling down on his efforts to combat the climate crisis with his non-profit, Age of Union.

I was eight when my dad brought home a Mac computer. He was a graphic designer at a manufacturing company and was using it to design press releases. I was fascinated by how the machine made complex tasks simple. Once I learned how to use it, I knew I wanted to spend the rest of my life designing software. By 13, I was apprenticing for a software designer—the son of my dad’s boss, who helped me land the gig—creating digital time cards and other programs for the company. With the computer skills I developed through my internship, I started working part-time doing tech support for a number of Apple dealers by the time I was 15, and had built software to help them manage elements of their retail operations. I was also doing independent software development on a freelance basis, earning $5,000 to $7,000 per project.

Growing up in Richmond, B.C., surrounded by natural beauty, I was also really into outdoor activities. I learned about the clear-cutting of old-growth forests at Clayoquot Sound and joined a successful protest to save these ancient trees. This began my journey into environmental activism and my belief that action can lead to better outcomes for our relationship with nature.

After studying computer science, art history and religious studies at the University of British Columbia, I moved to Montreal in my early 20s. I was earning close to $100,000 a year doing a combination of freelance software development projects and tech support, mostly for retail businesses, and started to understand there was a need for a product that could run complicated inventory systems while maintaining a simple user experience. In 2005, my long-held dream of having my own software company materialized when I founded Lightspeed, a point-of-sale, or POS, system that manages not just transactions but analytics, customer loyalty and accounting.

Lightspeed started out of a triplex in Montreal’s Gay Village. My apartment was on the third floor and when the unit below became available, I rented it as an office. I spent many nights coding until 4 a.m., fuelled by Tim Horton’s French vanilla coffees. It was me and three other people at that time, who were responsible for sales, tech support and admin. Some of our early customers—a furniture store, a computer store and a spa—were nearby, so I could visit and watch how our software was being deployed. Once I better understood what they needed the software to do, I would use that information to build a better version of it. We built a huge user base that led to an annual revenue of $10 million by our seventh year. Whole streets in New York City were running on that early version of Lightspeed.

In 2012, I was at the National Retail Federation (NRF) trade show at the Javits Center in New York City and met some venture capitalists who worked for Accel, who were big investors in Facebook and Dropbox. After I explained what Lightspeed did, they told me they thought it was the future of retail. Within a few weeks, we had a term sheet for $30 million in Series A funding. Receiving venture capital supercharged our growth. The investment and weekly consultations with investors helped us professionalize our organization and allowed us to grow the team, expand sales and marketing spend, and acquire key technologies that would help us move our solutions into the cloud.

A few years after our Series A round, we raised $35 million in Series B and $61 million in Series C funding. It happened very quickly and I felt a lot of pressure to perform, but Lightspeed continued to grow with many exceptional leaders joining the executive team. Over time, this gave me the opportunity to invest more in my purpose-driven passions, like environmental and social governance. After 17 years at the helm of Lightspeed, I stepped away from the CEO role this February and am now building my environmental alliance, Age of Union, which seeks to solve critical environmental challenges around the world. (I’m still leading Lightspeed as the executive chair at the board level and contribute to all high-level strategy and environmental and social governance.) Age of Union, which officially launched in 2021, allows me to channel my passion for nature and combating the climate crisis to inspire real change. The non-profit donates money to environmental groups and projects on the ground that are already working to save some of the most endangered and impacted ecosystems. The donations help elevate the work they’re doing and achieve even more.

At the moment, I’m the only source of funds. But my team—there are seven of us—will soon invite other people who have made money in tech or business, as well as the general public, to contribute. I want to set an example and show what successful conservation projects can look like if they’re properly supported. I’ve pledged $40 million towards restoration of the Saint Lawrence River shoreline, protecting lowland gorillas in the Democratic Republic of the Congo, expanding the Dulan rainforest reserve in Borneo, supporting reforestation in Haiti and expanding the Junglekeepers ranger program in the Amazon rainforest, which helps prevent illegal logging and poaching on the land. I made a $4.5 million donation to ocean conservation group Sea Shepherd for an Age of Union vessel that will protect marine wildlife from poachers around the world. We’re doing more than writing cheques, too: We’re sending videographers to the front lines of these projects to film them so we can promote all the work being done. We are creating short documentaries and sharing them on Youtube so people can actually see what’s happening and get involved.

I’m very hopeful when I see the things being done on the ground every day. We’re past the point of needing to raise awareness: We’re at the stage where we need to see action. Seeing the St. Lawrence River, which holds 20 per cent of the world’s freshwater, being restored through our partnership with the Nature Conservancy of Canada, gives me hope. If I can scale Age of Union the same way I scaled Lightspeed, the future of our planet will have a very different outcome.

Would You Buy a Home with Strangers? These Canadian Companies Are Betting On It 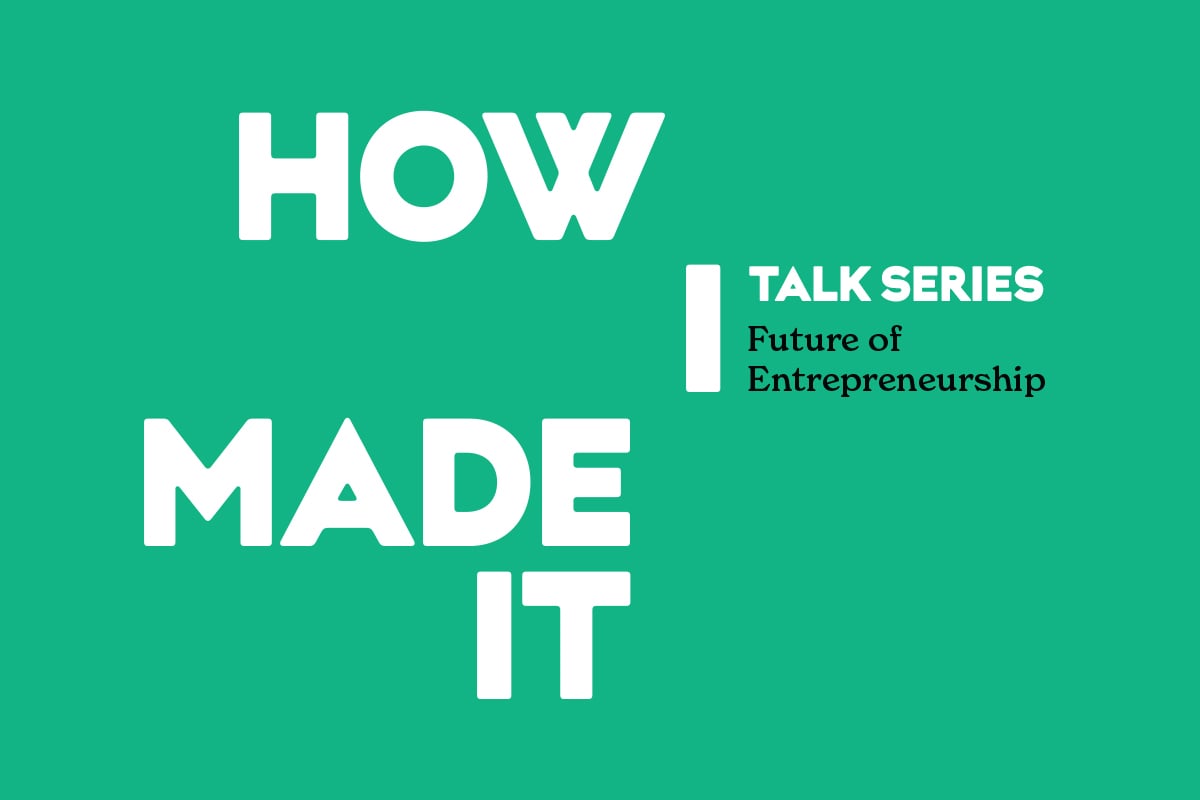 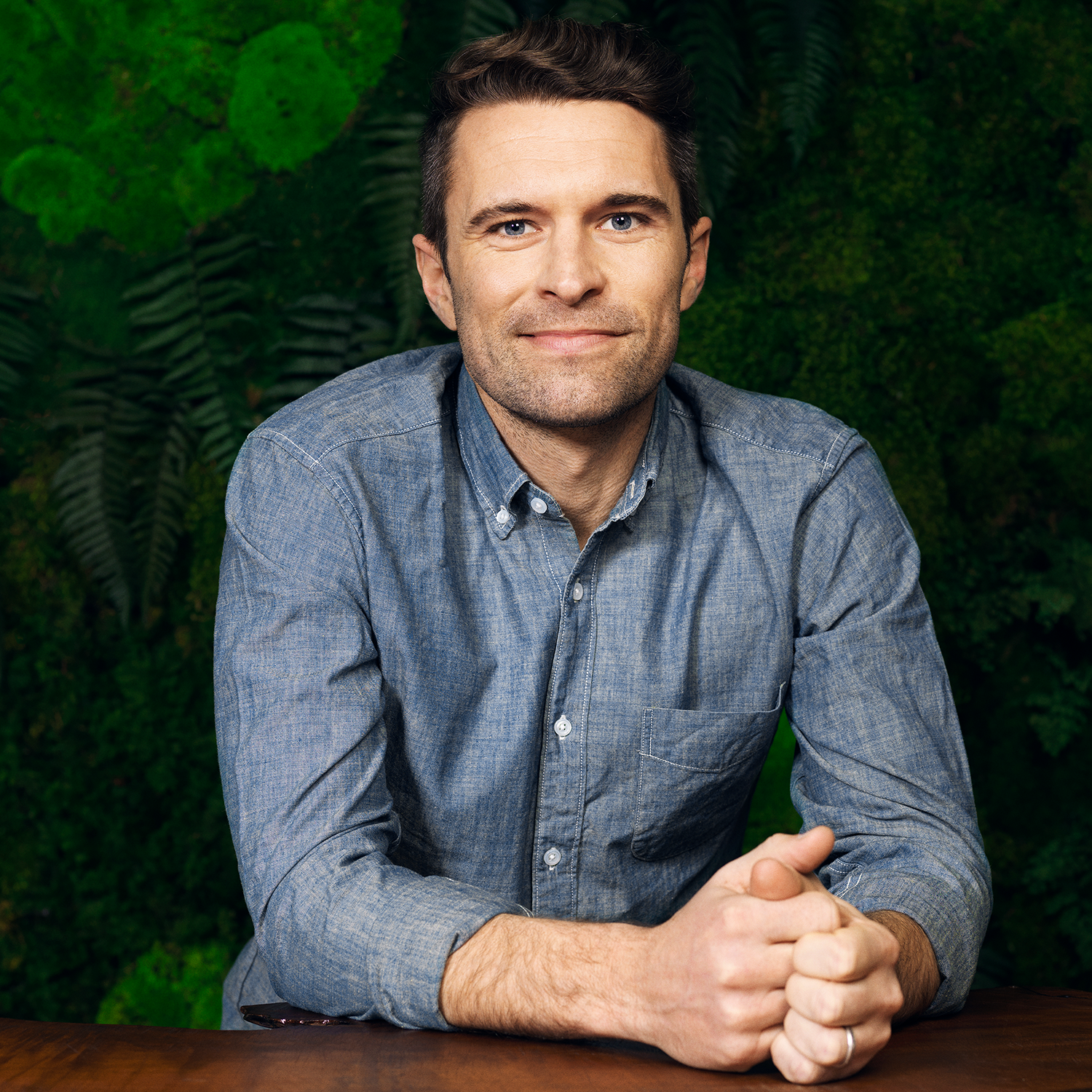 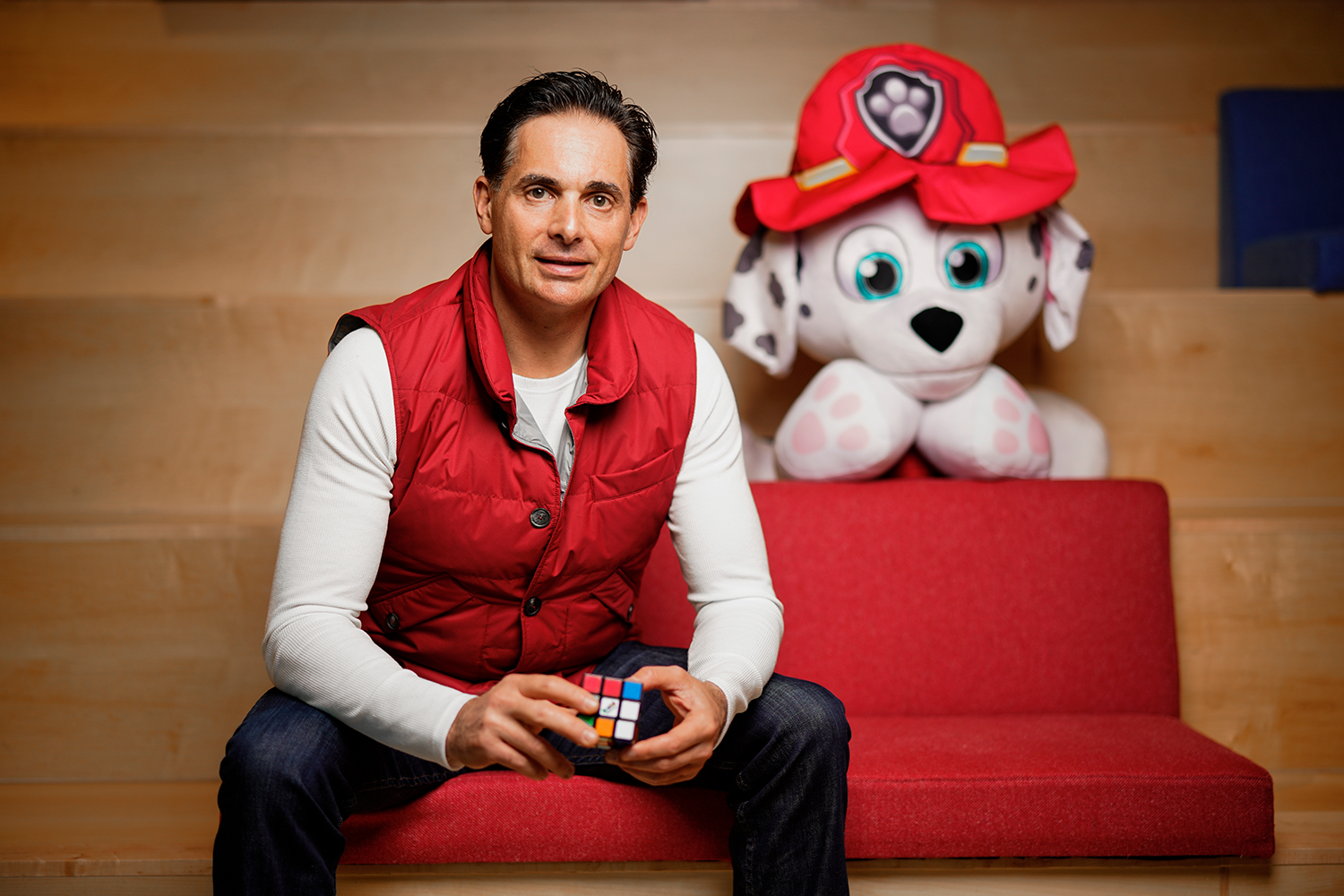 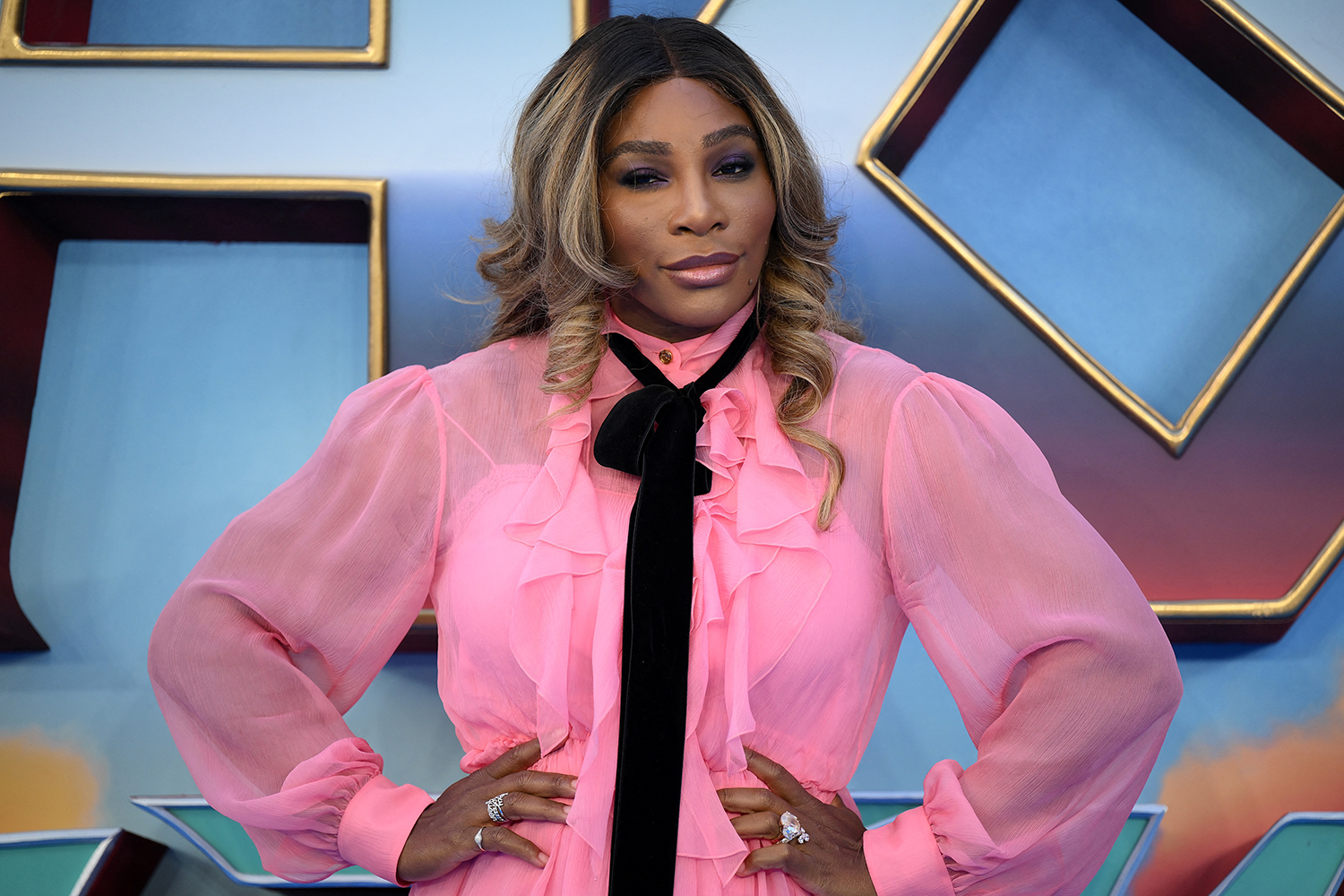 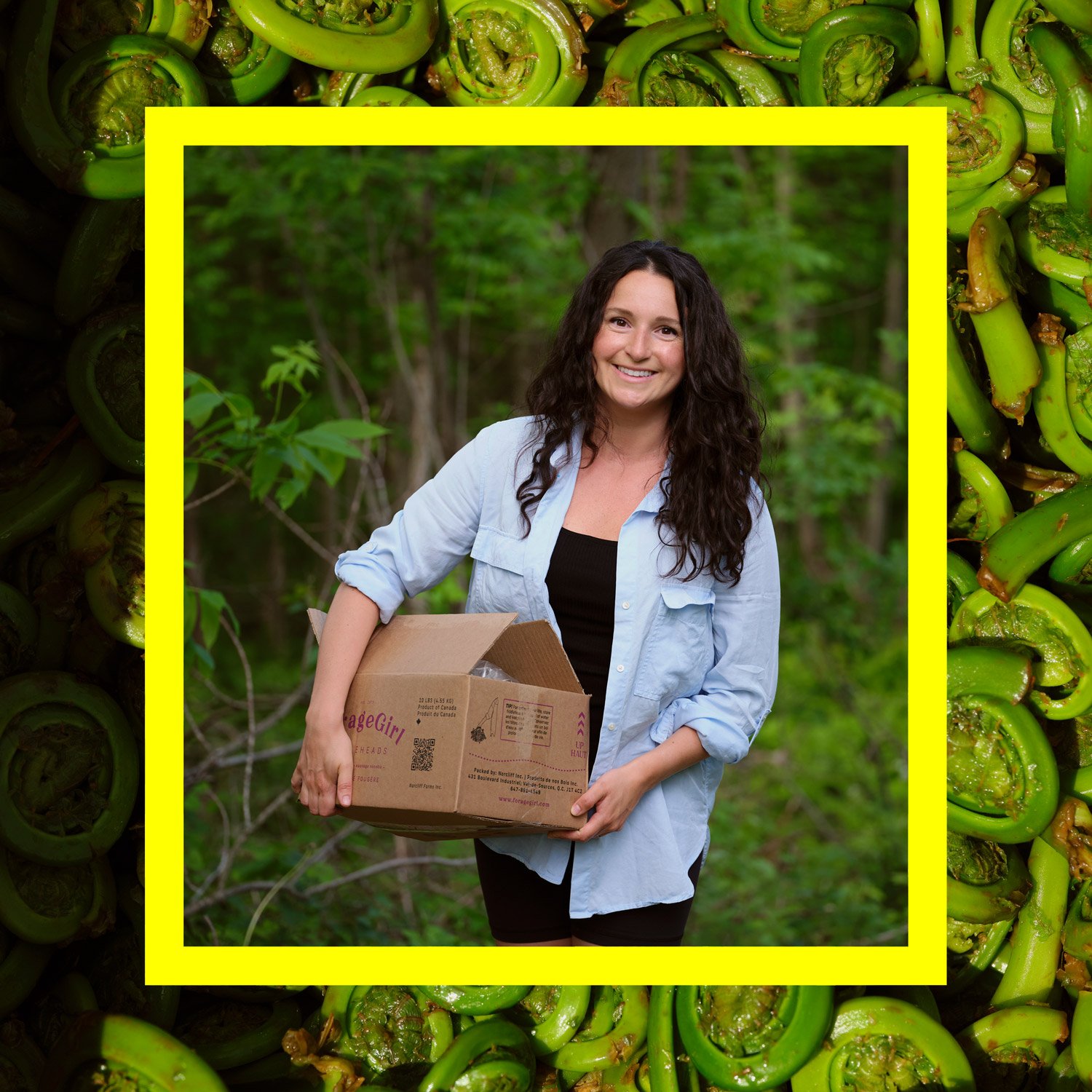